The Breakfast Club, one might think is some sort of new and hip eatery on the London food scene Why’s that you ask? Well, almost without fail every time I walk past the place, it’s packed and people are queueing up to happily hand over their cash to fill their bellies.

The fact is, the 80’s movie inspired restaurant is actually ten years old. It began as a small cafe in Soho in 2005 by Jonathan Arana-Morton and has expanded to seven restaurants. The place is mainly known for their breakfast dishes, with some gems named Ham so eggsited and When haloumi met salad wrap.

I have, put off coming here due to the wait time I have observed, and I have been intrigued to try this place out, for the very same reason. Enough was enough, so earlier today I made my way over to their Battersea Rise branch, thinking it would be somehow quieter than their Soho branch. Wrong, just as busy but that’s a good sign I guess.

The wait time wasn’t too bad, maybe ten minutes, because a guy came out and asked if anyone wanted to sit at the bar, instead of the restaurant area. I agreed, and I got down to business.

I chose the All American pancakes, that comes with pancakes, eggs (they ask how you would like them), sausage, home-style fried potatoes, streaky bacon and maple syrup.

It cost me about ten quid, which is not too bad at all and left me quite satisfied. The picky eater inside me was telling me that it was just a normal fry. Something you can get anywhere for a tad cheaper in London, and I agree. 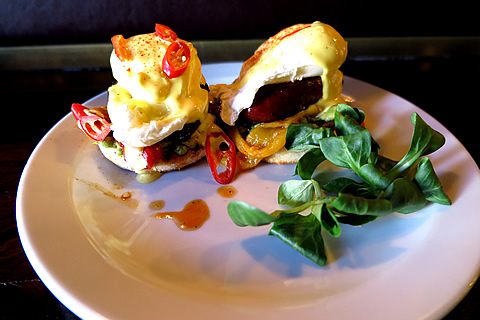 My friend chose the Huevos Al Benny, which has poached eggs, chorizo, roast peppers, avocado, fresh chillies, spicy hollandaise on toasted English Muffin. All for just over a tenner too. It was spicy, filling and favourable. Very tasty indeed. 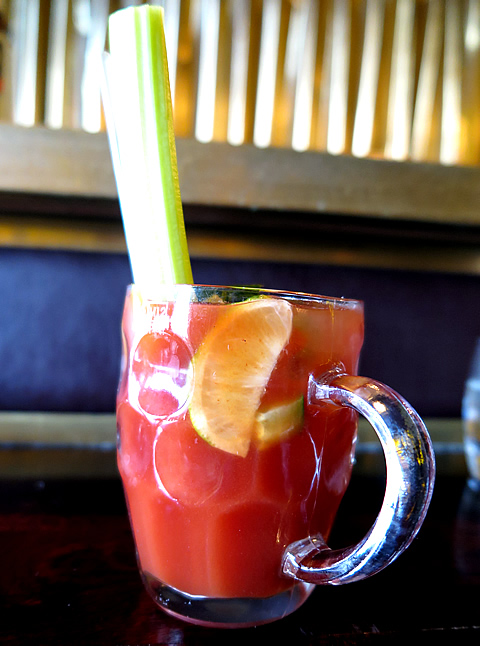 Bloody Mary, because why not. This was not too good, my (American) friend noted. It wasn’t as spicy as she normally likes it and it contained no green olives, they way they normally serve it in the states. I’d say this is just subjective. Other people are probably more used to something of this style of Bloody Mary here. 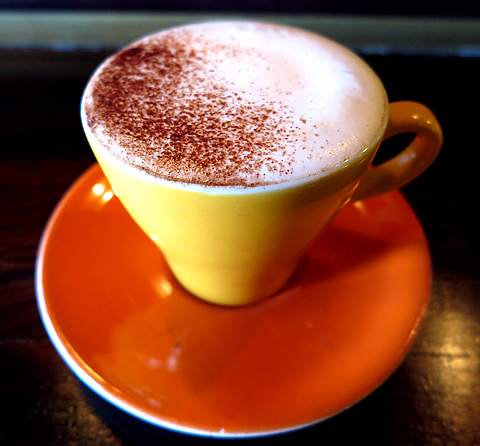 I finished things with a cappuccino, and I can’t complain. Just the way I like it, foamy, good quality coffee and chocolate on top.

So, I was quite happy with The Breakfast Club today. Good food, cheapish prices and good service. Go try it out.